The launch of the first-ever Zoroastrian All Party Parliamentary Group took place on Monday 14th October, 2013 in the historic surroundings of the Members’ Dining Room in the Houses of Parliament.

Representatives of the British and International Parsi community were in full attendance, in addition to leading Parliamentarians and the Indian Acting High Commissioner to the United Kingdom, Dr Virendra Paul. In his opening remarkets, Dr Paul praised Zoroastrians in both India and the UK as “high achievers” adding that “Parsis have dominated not only in business but excelled in several other fields including defence, medicine and technology.”

All Party Parliamentary Groups (APPGs) are run independently of Parliament in order to promote national groups, hobbies and areas of interest. The Zoroastrian APPG, chaired by Lord Bilimoria of Chelsea, has an official remit to promote interests in the Zoroastrian faith and community and to develop links between Zoroastrians and Parliament.

Opening the founding AGM, Lord Bilimoria noted the historic links between Parliament and Zoroastrianism. Citing the legacy of the Zoroastrian Parsis, Dadabhai Naoroji, Sir Mancherjee Bhownagree and Shapurji Saklatvala – the first Indian MPs to sit in Westminster – he noted that they were also the only Asian MPs elected prior to India’s independence in 1947. He noted that between them, “they represented the Liberals, the Conservatives and the Communists (with Labour support) respectively. So an All Party Group would certainly be in keeping with Zoroastrian political history!” Lord Bilimoria was then unanimously elected as the Group’s founding Chair, with Gareth Thomas MP, elected as Secretary/Treasurer. Mr Thomas congratulated Lord Bilimoria’s efforts in founding the APPG, and described himself as an “Honorary Zoroastrian.” The Zoroastrian Centre is located in Mr Thomas’ Harrow West constituency.

Lord Paul, the Chairman of the Caparo Group of companies added “I have had a long relationship with you [Parsis], not only in India but also in the UK. One of the largest suppliers to Caparo is the Tatas in India. We all admire what Zoroastrians have done both in India and here.”

The Rt. Hon. Eric Pickles MP, the Secretary of State for Communities and Local Government, was the guest of honour. In his speech, he noted that the first Indian Member of Parliament, Dadabhai Naoroji, was a Zoroastrian Parsi. “What took you so long?” he added, noting that Naoroji had been elected over a century ago, in 1892. Mr Pickles was then presented with a medallion by representatives of the Zoroastrian Trust Funds of Europe – who helped to organise the event.

The Zoroastrian APPG hopes to develop a programme of events in 2014 to showcase the tremendous efforts and the long-standing links between the Zoroastrian Parsi community in the UK and India.

Some photographs of the event can be seen below; 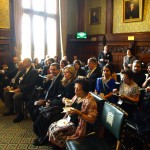 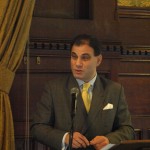 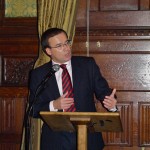 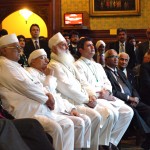 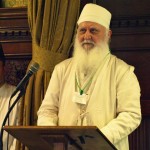 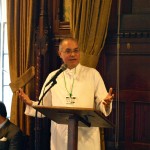 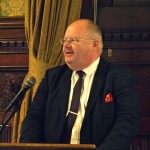 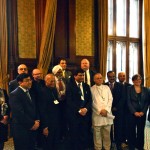 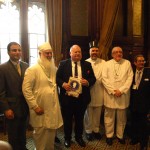 Eric Pickles and Members of ZTFE